WordMix 2.0 is out! This is a due major update to my little word game for Android and includes a major face lift by bringing the game into the world of Material Design. To keep this simple, I dropped support for Android lower than 5, with a version supporting Android 4 still being available via Google Play Store. However to get the newest features you need to upgrade your device to Android 5.

Of course this update includes a number of bug fixes and general improvements, but here the major changes:

Isn’t it pretty? The first thing you may notice is the immersive full screen mode, now spanning the status bar and extending over the navigation buttons, if present.

The action bar has been replaced with on screen controls to give more space to the background pictures and the board. So has the time progress bar given way to a simple timer. A dark button theme is easy on the eye and yet leaves focus on the game itself.

The game contains more background images and some of the old images have been replaced with new ones. All backgrounds are included in the free version, there are no more “premium” backgrounds.

This is just the first step, other screens will follow.

Tapping a word will now reveal a contextual bottom sheet with information about the word. This for example shows the number of points for this word, whether the word is valid and has been played before and it may include actions of other apps.

If for exampe Google Translate or Wikipedia apps are installed, they appear as actions that allow the player to quickly look up or translate a played word.

Under the hood this will simply show any app that implements ACTION_PROCESS_TEXT, the same way this is integrated into Chrome.

The word suggestion feature now shows a list of possible words, their points, and allows the user to choose, with of course the option to first translate or look up the word to play. It allows to immediately set the word from the bottom sheet, which is very convenient.

A recent WordMix update brings much improved support for Android tablets as well as experimental support for Japanese dictionary.

Improvements to the layout for 7″ and 10″ Android tablets were long overdue, fixing some issues where activities and controls looked out of place because they were initially created and optimised for mobile phones.

Further I based the App’s theme on Holo for Android 4 and on Material for Android 5, ditching the DeviceDefault as a recommendation. In my experience, vendors quite often ship a DeviceDefault implementation, that is inconsistent, incomplete and quite often breaks visual appearance. In order to work around inconsistent presentation on some Android devices, I have decided to pin the theme to a set of known appearance with some custom styling, bringing a consistent look across all Android 4 and Android 5 devices (Android 2 and 3 support has been removed).

Only new feature is the experimental support for Japanese as a language, including a Japanese dictionary (needs to be downloaded after installing the App). Japanese is particularly difficult to implement in this game due to the high number of different letters and combinations. Similar sound combinations have been combined as single letters, allowing to choose the specific sound by tapping on the dice. Feedback is appreciated!

As always, get it in Google Play Store, while it’s hot!

After publishing WordMix with the OpenGL accelerated 2D game view (using GLSurfaceView), I received weird crash reports from some devices, mostly out of memory from within the GL context:

From the very limited information the Google Play Developer Console gives me about crash reports, I assumed it only affects devices running Android version 3. Modifying the code only caused the out of memory exception to be thrown at random other places, even at GL10.glClear(…)!

I also found out, the crash only happens when the user finishes a subactivity that would leave to the activity containing the GLSurfaceView. Users were complaining about the crash happening before starting a second game, which puzzled me, because all my rendering code seemed to be working fine on all devices running Android 4. Everything worked fine without the GLSurfaceView as well.

Looking that the source code for GLSurfaceView, nothing interesting was changed between Android 3.2 to Android 4, so the GLSurfaceView was hardly to blame, but more the hardware, drivers or specific OpenGL implementation.

The actual problem was very hard to track down and took me several hours and was particularly hard because I did not have an Android 3 tablet for debugging:

When I found out, that the Samsung Galaxy S2 does not enable hardware acceleration by default, I did set

Yes, I should have tested more the effects of hardwareAccelerated=”true”.

Leaving that attribute entirely unset is recommended for Android 3, especially when you use a GLSurfaceView, and should not hurt Android 4 devices as well. Setting a reasonable default value is then up to the manufacturers.

WordMix Pro is now available on the Amazon App Store, making it available for all Amazons Kindle devices running Android.

So far only the paid Pro version is available, the free version, which comes without the nice 3D interface, might follow soon.

The review process took only about 4 work days.

I tried to replace the legacy 2D rendering code of WordMix, which uses the native Android canvas methods, with an OpenGL renderer to allow for fancy effects and animations.

Because the tiles are simple rectangles with round corners, I created a texture with gimp and rendered a quad in OpenGL. The texture had no mipmaps and was filtered linear for both, minimizing and magnifying. When rotating that quad, I got the typical “staircase” lines, because I did not use anti-aliasing / multisampling. The result looks rather horrible:

You can see two effects, one if it being the clear staircase borders, where the texture is not linear filtered, and you see the round corners of the texture with a grayish border, I’ll explain in the next paragraphs.

The result looked better but I was not satisfied with the borders. I saw the interpolations but there is still a very visible “staircase”. Plus it seems, that the borders are blended with a black color, which can be seen on the overlapping tiles:

This is in fact due to my texture, which had the transparent pixels assigned the color black. The OpenGL interpolation would just average two neighbour pixels, which would calculate like

which is a semi transparent gray color tone.

Monkeying with gimp for transparent pixel

The trick: combine all visible planes, create an alpha channel and change the color layer. If you have uncombined planes, the result is unpredictable and the colors are screwed up.

But I still got the same result:

Bitmaps with transparent pixels in Android

So why is my border still black, while the texture has white transparent regions? I checked the loaded Bitmap with this code after loading the png resource:

Why is the result 0?? I’d expect a 0x00FFFFFF, but either Androids Bitmap loader premultiplies the alpha or recompresses the image file on compile, although I did place the image in the res/drawable-nodpi folder.

But apparently Bitmap and Canvas throw away all color information, when drawing with an alpha value of 0. This results in a fully transparent, but black canvas:

while the following results in a white canvas, which is almost transparent (1/256):

Good to know, so now I create my texture with a border that is almost transparent, but not completely (alpha value 1/256) and the color white, which should be hardly visible, calculating like:

I checked with above Log code and indeed got the value 0x01FFFFFF. So at least the Bitmap was loaded correctly now. But I still get a  black border and the result looks the same. Why?

I found a post and bug report that apparently the GLUtils.glTexImage2D() screws with the alpha and colors too, creating texture values of 0x01010101, which gets blended with the nearby white pixels on linear filtering. What the…?

The post suggests a workaround to not use GLUtils to load the Bitmap into an OpenGL texture but use the original GL10.glTexImage2D(). While the code in that post is not very efficient, it does result in nice and smooth blended borders. Of course the use of mipmaps helps too to make the texture smooth when minified:

Using mipmaps and adding a nice shadow texture results in a screen, that looks very similar to the original, but which is much faster: 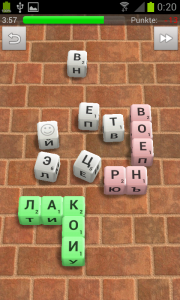 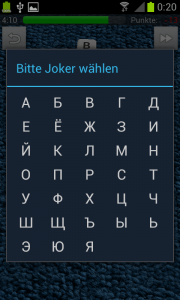 I tried using the Blender modelling software to create a new featured image for WordMix in Google Play, but I just can’t wrap my head around it. The software has such a horrible UI, that after several hours of trying, I still was unable to create a dice looking object. The learning curve is very flat, I wish I had more time.

This is the result with 3dsmax instead:

The previous image was created with Gimp, based on a screenshot of the game, which I took in a tabet android emulator. It sure did look poorly modified and, compared to the screenshots in Google Play, it did not add anything more:

WordMix Pro arrived in the Google Play Store. While WordMix will stay free of charge, selling a pro-version will support the developing of the game and helpkeeping the free version adfree. So far the Pro version does not have much to offer but some more background images for the game. I do not intend to make the gameplay differ between the free and the payed version.

A 3D OpenGL interface for the game is under development and will be available in the pro-version soon.

Check out the first screenshot: 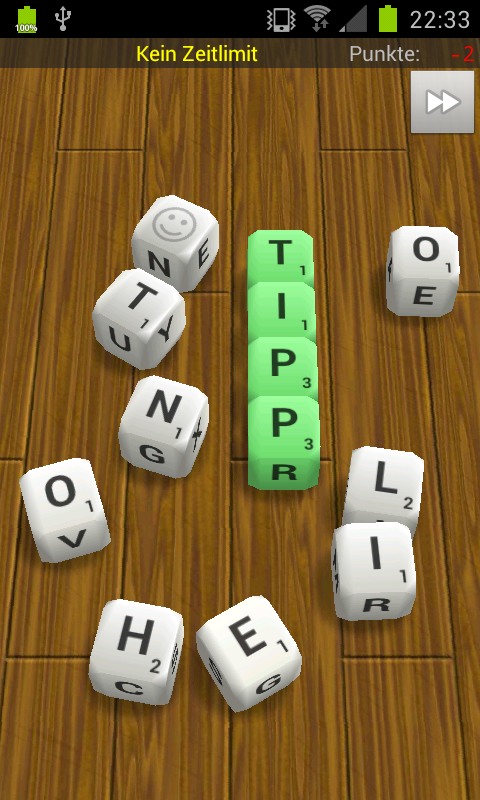 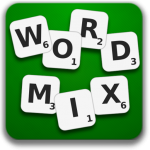