The game is a pretty simple word game and very similar to Toss Words, Spill and Spell, Bananagrams, Perquackey or the German games Letra-Mix and Wörter Würfeln. 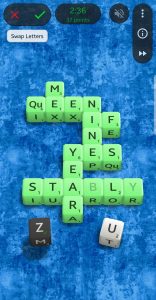 In the game you get a set of random letters you have to arrange in a limited time to form valid words. The words are by default checked against a dictionary of valid words, but you can choose to play without checking. WordMix supports the following languages (* are shipped, others may need to be downloaded via the Internet):

(Dictionaries in bold are shipped by default, the others need to be fetched after the game has been installed and when that language is first used). Special language options are available, like playing with “Qu”-tiles or using German Umlauts. If you have any suggestions about other languages, just let me know.

The special “equations” dictionary, lets you play with numbers and operations to lay valid mathematical terms, like “1+3*5=16”. 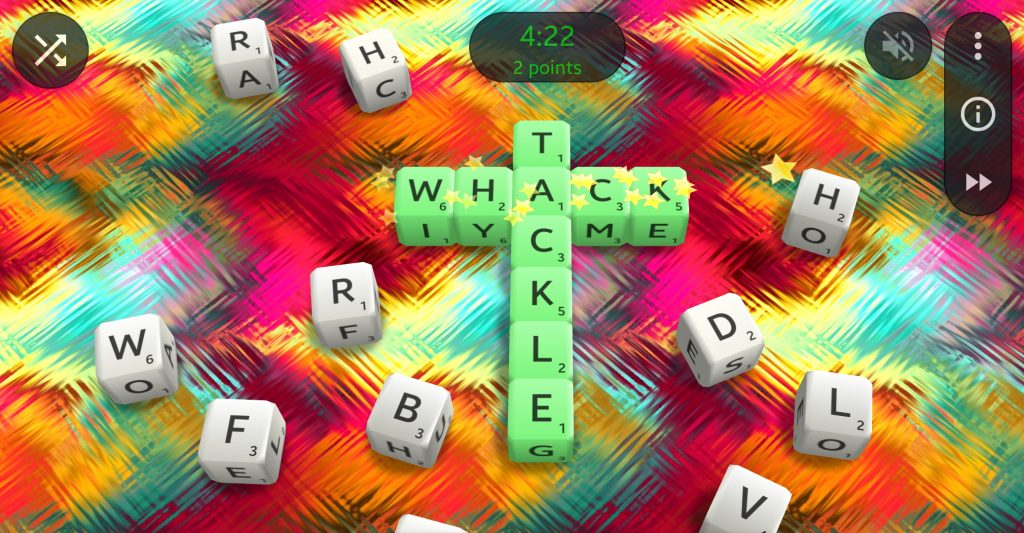 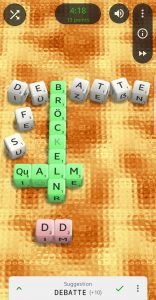 The internal wordlist provides you with a list of all the words you ever played. With the local highscore list you can keep track of your best scores, while the global ranklist lets you compare your overall points with other players.

WordMix is fully ad-free and comes in both a free and a Pro version, which contains additional features and nicer graphics. Please support the developers by considering to upgrade to the Pro version.

Special thanks to: Alina Bilciurescu